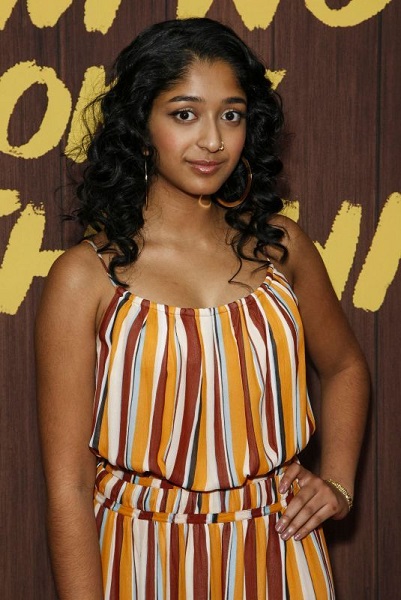 Maitreyi Ramakrishnan Parents Kiruthiha Kulendiren And Ram Selvarajah always had her back. Never Have I Ever is returning for season 2, let’s learn about her roots.

Kiruthiha Kulendiren And Ram Selvarajah are the parents of actress Maitreyi Ramakrishnan. Maitreyi is a Canadian actress who stars in the leading role in Netflix’s comedy series Never Have I Ever. Ramakrishnan was chosen out of 15000 candidates by Mindy Kaling in 2019.

Maitreyi Ramakrishnan had to send four more videos along with the audition tape before being invited for a screen test in Los Angeles. Ramakrishnan was just 17 years old during the time of her audition and the role of Devi Vishwakumar was her first acting job. Maitreyi’s casting received much media attention in Canada.

Kiruthiha Kulendiren is the mother of actress Maitreyi Ramakrishnan. She also has a son, Vishwaa Ramakrishnan.

Kulendiren’s age might be in the late 40s. Kiruthiha Kulendiren’s net worth details are currently private.

Kiruthiha Kulendiren had to flee to Canada with her family as a refugee from Sri Lanka due to the conflict and civil war on Tamil citizens, according to Evening Standard.

Ram Selvarajah moved to Canada with his family escaping the Sri Lankan Civil War on Tamil citizens. The details about Ram Selvarajah’s net worth are currently private, but he is an IT specialist by profession.

Maitreyi Ramakrishnan was born and raised in Mississauga, Ontario, Canada. She values her Tamil heritage and consciously identifies as Tamil rather than Sri Lankan. She made it clear to her publicist and agent that her being Tamil Canadian is very important as her country is Canada but her culture is Tamil.

Ramakrishnan graduated from Meadowvale Secondary School, reports The Globe And Mail. Ramakrishnan decided to pursue an acting career after landing the part in Never Have I Ever. Maitreyi had to put off her place on York University’s theatre program to start shooting in Los Angeles. Maitreyi will also star in The Netherfield Girls, a Netflix romantic comedy.

She has received several awards and recognitions for her role in Never Have I Ever. In 2021,  Time’s 100’s Most Influential People named Maitreyi as the Breakout Actor.