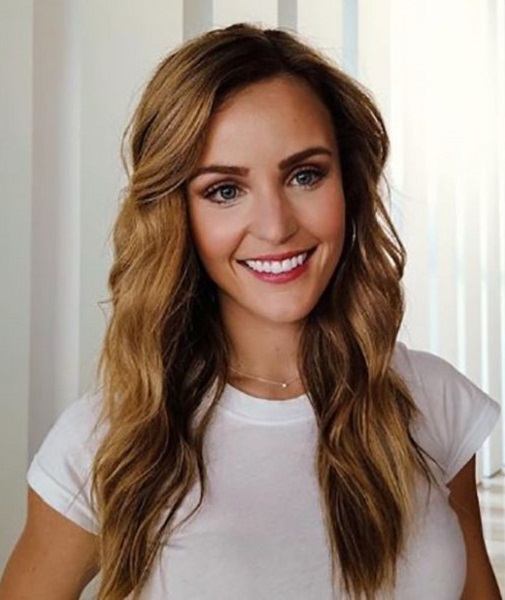 Elle Bielfeldt Jewish: What is Bielfeldt’s religion? To know more about it stay with the article.

Elle Bielfeldt is an entrepreneur, blogger, and ahlete. Bielfeldt is a basketball player who played with the Peoria Notre girls team. Elle is the wife of NBA player Meyers Leonard.

Meyers Leonard played with the Portland Trail Blazers from 2012 till 2019. Leonard began playing with Miami Heat in 2019.

Bielfeldt and Leonard do not have any kids as of now, but they have an adorable dog.

Bielfeldt was born on January 15, 1992, in Peoria, Illinois. Elle’s parents are David Bielfeldt and Julie Bielfeldt. She has three siblings, Lydia Bielfeldt, Max Bielfeldt, and Matti Bielfeldt. Elle graduated from the University of Illinois at Urbana-Champaign with a Bachelors’s degree in Advertising.

Elle is active on Instagram with more than 81.2k followers. Bielfeldt uploads many pictures of her playing basketball on the social media platform.

What Is Elle’s Job?

Elle Bielfeldt describes herself as an entrepreneur.

Elle and Meyers co-founded a snack food company, Level. It is a protein bar business that was founded after Meyers was struggling to recover from basketball training and sleep.

They have four flavors so far and have earned over $250,000 within a year of starting, reports Forbes.

Elle is the CEO of Level, which is based in Portland, Oregon. All of Level’s products are dairy-free, gluten-free, and soy-free. Besides Level, Elle and Meyers also founded a lifestyle and apparel brand together. Elle Bielfeldt is an advisor at the Leonard Legacy Foundation since February 2018.