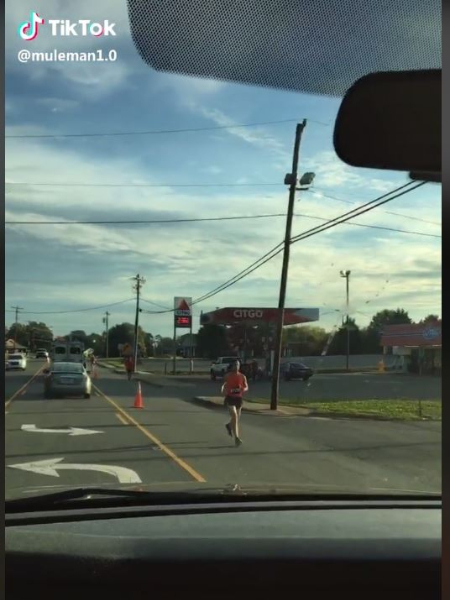 The Bitches I Got Bitches (TikTok) is a meme that has taken over TikTok. While TikTok trends come and go, this one is especially popular. Like many other trends on the platform, this one is funny and has become a worldwide phenomenon.

Set to the rap song, it is about having ‘female companions‘, in subtle language, or as the song puts it “bitches”. The song has some explicit lyrics, however, the song has become immensely popular.

The trend itself consists of people joking about how they have women all around them and how many girls they have as their bitches.

Additionally, there are two original sounds used by TikTokers in the trend. Both of them are popular and have become trending in recent years.

The Bitches I Got Bitches TikTok Song Explained

Lip-syncing is not a new thing on TikTok but the song ‘The Bitches I Got Bitches’ has gone viral as a trend for late 2020. The song itself had been released earlier but the trend has taken off in November 2020.

♬ I got bitches – None

TikTok started lip-syncing to the song back in 2019, the trend is mostly a person singing about how they have got sexual relations with them. In a similar fashion, the lyrics explicitly say how the person in question would get intimate with his ‘bitches’.

The lyrics are mostly used as a fun and lighthearted joke on TikTok. The trend uses two songs but the most popular one is the A2M version.

It is a meme song meant to be funny and some lyrics are pretty obscene and not for the light-hearted. However, as the song is a meme and so is the TikTok trend, some of the TikTokers have made memes by playing the song in front of their partner and then capturing their reaction.

As the lyrics of the song says that the person is open to having more than one partner, some of these videos are priceless.

The Bitches I Got Bitches Song A2M Version

As mentioned above, the song by A2M is basically a meme in itself. Also, it is one of the two original sounds used in the ‘I Got Bitches’ trend. A2M’s version has been adapted to TikTok by an account called ‘None’.

The lines in the rap piece make it abundantly clear how the person singing dates multiple women at once and is open to having intimate physical relationships with all of them. A2M’s version is the more popular sound used in TikTok videos.

♬ I got bitches – None

While we won’t discuss lyrics in detail, the lines are so expressive that you will be able to figure what they mean once you hear it. In a short summary, it means that the singer has a lot of females partners.

From start to finish, the song explains how he wants to ‘make love’ to his bitches. The lyrics are strictly for adults.

Even Urban Dictionary has defined the phrase as a man being open to dating multiple women at once.

I Got Bitches By Young Trav Original Song

The other song used in the trend is the I Got Bitches song by Young Trav. The lyrics of both these songs are similar. In fact, as the title suggests, Young Trav’s song also explains how he has bitches everywhere he goes.

The song has been adapted as an original sound on TikTok by Young Trav himself. He goes on to explain in the rap how he cheated on his girl but could not control himself as she was ‘rubbing up’ on him.

♬ I Got Bitches – Young Trav

Trav released the track back in January 2015 and it has since gone viral on TikTok. Especially, in November 2020 where it is picking up thousands of views.

Unlike A2M’s version, Trav’s song is an original rap song that was released as part of his album.