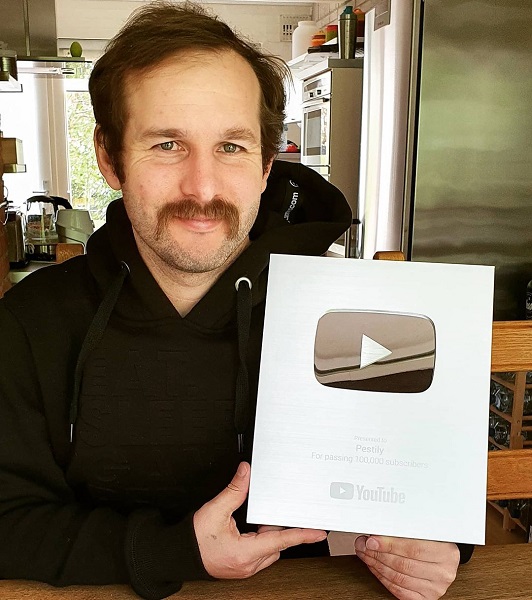 Pestily is a famous YouTuber and Twitch star. He had over 429 thousand subscribers before his YouTube channel got deleted. Well, he still has his Twitch account, where his followers’ count has crossed 857 thousand already.

Pestily’s YouTube has been deleted without receiving any warnings. According to him, there was never an issue before, and he is seemingly shocked the same way his viewers are.

Ok so my main youtubr channel just got taken down? No warnings never had any issues. Please help @YouTube #YouTube

Please help get their attention everyone pic.twitter.com/wFSarysViT

Although YouTube has mailed him saying that they have removed his channel for violating their Community Guidelines, it seems nothing has yet been figured out what went wrong. Even Pestily remains confused about this matter as he is unaware of the mistake he has committed.

YouTube flagged Pestily’s videos on their site before the channel got deleted. Ryan Wyatt, the head of YouTube’s Gaming and Commerce, was quick to respond to his tweet, saying the YouTube squad was on their way to figure out what happened.

So, the news will soon be out about why Pestily’s YouTube channel got deleted. This is probably a mistake from YouTube as there’s not enough proof for flagging his YouTube channel.

Nobody actually knows why he got banned from YouTube. Not Pestily himself nor the YouTube community. All of his fans are confident that it’s a mistake from YouTube, and it’s clear as the head of YouTube’s Gaming and Commerce himself wasn’t sure about his ban.

Hopefully, the 33-years-old would get back his channel very soon. His fans are eager to watch him playing Escape From Tarkov, Rust, and many other games. It’s really a heartbreaking moment for a YouTuber when you see something like this.