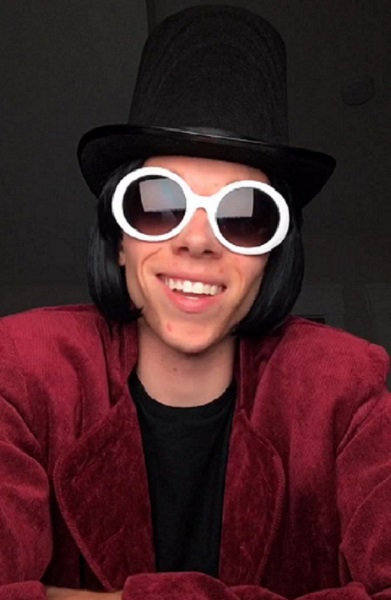 Amid the cancellation rumors of Tiktok star Willy Wonka, here’s everything you need to learn about the Willy Wonka TikTok drama, What did Duke Depp do? and Is he getting Cancelled?

TikTok star Willy Wonka’s real name is Duke Depp. He rose to fame by impersonating the famous Willy Wonka character from the movie Charlie and the Chocolate Factory. He has accumulated 17.9 million followers (as of February 7, 2021) on his TikTok account under the username ‘Willywonkatiktok’.

wanted to share a little more of my story with you ❤️

The 20-year-old TikTok star however seems to have landed himself in trouble as people are trying to cancel him on TikTok.

Willy Wonka TikTok Drama: What did Duke Depp do?

Duke has apparently disappointed his followers by breaking some COVID-19 rules. He was seen hanging out with his friends without masks amid a pandemic. He made several TikToks videos with other TikTok stars such as Taylor Holder, SJ, Miantwins, and Markell Washington. All of them have verified TikTok accounts with millions of followers. He along with his friends were accused of setting bad example for their followers.

Besides, the fans were upset seeing him still talking to a fellow TikTok user Tony Lopez, who had several allegations against Duke last year. The TikTok star was also accused of posting some “creepy contents” despite the fact that most of his followers are kids and under 18.

While many fans are calling him out for breaking COVID-19 rules, many others are defending him. Seemingly, he has not been cancelled on TikTok yet.

In social media, ‘canceled’ is the slang term used to declare someone blacklisted or to boycott them and their activities on social media. If any famous celebrities or influencers do something that hurts people’s feelings, then they are cancelled.

This is not the first time that Duke has faced a backlash from the public. Last year in October, he got cancelled for stereotyping Spanish people. After upsetting his fans and losing many followers, Duke took his Instagram and Twitter accounts to address the backlash and apologize to the people whose sentiments were hurt due to his post. He also deleted the TikTok post which was offensive to his Latin and Hispanic followers.