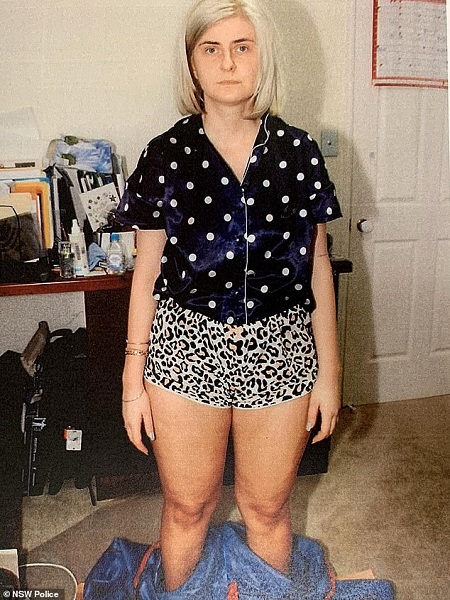 Where Is Simona Zafirovska Now? Simona was found guilty of murdering her mother, Radica Zafirovska.

Simona Zafirovska made an emergency call saying that there are intruders in her house in October 2016. The police found her mother, Radica Zafirovska dead in her bedroom. It started off as a quick break-in case but it slowly turned into more.

Investigation Discovery’s ‘Deadly Women: Kill Their Creators’ explains the details behind this case. There are many Reddit threads and communities regarding this case.

Where Is Simona Zafirovska Now?

Simona Zafirovska was convicted to life in prison and she is eligibile for parole after 20 years.

Zafirovska’s trial took place in 2019, and she stuck to her story of intruders killing Radica Zafirovska. Simona also blamed Radica’s ex-husband, but he was out of the country during the time of the murder and he denied the allegations.

Simona Zafirovska was found guilty of the murder of Radica Zafirovska and Justice Ann Lyons sentenced her to life in prison. Zafirovska is serving her time at a correctional facility in Queensland, Australia.

Talking about the case update, Simona wants the High Court to hear her appeal on the murder sentence, reports Kalgoorlie Miner.

Radica Zafirovska was a Macedonian immigrant who lived in The Gap, Brisbane, Australia.

She was 54 years old who worked as a cleaner to support both of them.

Simona made an emergency call to report an intruder in the house at 7 am on October 28, 2016. She told the officers that she woke up when her dog started barking and she heard footsteps inside the house, reports The Cinemaholic.

Simona Zafirovska tried to get away with the murder of her own mother, but @QLDPolice didn’t buy her story, and now #9News can #EXCLUSIVELY bring you the police interview tapes that caught a killer. @TessaHardy9 pic.twitter.com/Os8el28bV9

Radica Zafirovska was found dead in her bed and she was hit multiple times with a blunt object in her head and face. The crime scene seemed staged to look like a robbery as some valuables and money got left behind.

Simona was studying at the Queensland University of Technology in Brisbane and was pursuing a degree in teaching. Radica and Simona were very close and always had a good relationship. Their bond took a change when Simona visited Macedonia in 2016.

She met a man there and after they began dating, Simona did not want to come back home to Australia. Radica did not support the decision and asked her to come home immediately. She also threatened to stop supporting Simona financially if she stayed in Macedonia.