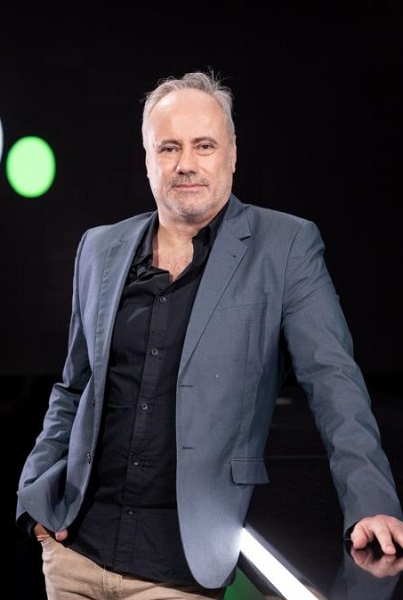 Eddy Demarez made mocking remarks to the WBB. Who Is Eddy Demarez? Stay with the article to find out what comments did Eddy exactly make.

Eddy Demarez is a Flemish sports presenter and reporter who started his career in 1993. Demarez also works as a moderator and presenter at several events. As a sports reporter, Eddy specialized in hockey and football.

Demarez was a reporter and commentator on the Olympic Games, European Championships, and World Cups. Eddy Demarez is now suspended for his sexist and homophobic remarks at the Women’s basketball team.

The remarks got caught in a hot mic incident, and it outrages the Belgian Cats fans.

Eddy Demarez is a sports journalist who made offensive and homophobic comments on the Belgian female basketball players who just returned from Tokyo.

Eddy has worked with several news channels and media houses including, Het Journaal. He has hosted and been a part of many sports shows such as The Seventh Day, Sports Weekend, Het Sportpaleis, Sport on Saturday, Sports Afternoon, and many more.

Is Eddy Demarez On Wikipedia?

Eddy Demarez is on Wikipedia.

Eddy Demarez was working with VRT, a Flemish Radio and Television Broadcasting Organization, when he made those homophobic remarks. Demarez has since been suspended by the company according to their company policy, reports VRT.

Eddy Demarez was on Facebook Live, which was held by Sporza, a Dutch language network. The Facebook Live was for the Belgian team’s Olympians who returned from Tokyo. Demarez thought his mic was off when he insulted in Dutch. It seemed to be a private conversation, and everyone watching the live feed heard it.

Demarez specifically talked about Kim and Hanne Mestdagh and aimed sexist and homophobic comments towards them. The Twitter video soon went viral and had more than 39.3k views.

After much outrage from the fans on Twitter, Eddy Demarez gave a half-hearted apology to the Belgian Cats and the public. Eddy is now temporarily banned from the network and commenting on programs, reports The Brussels Times.