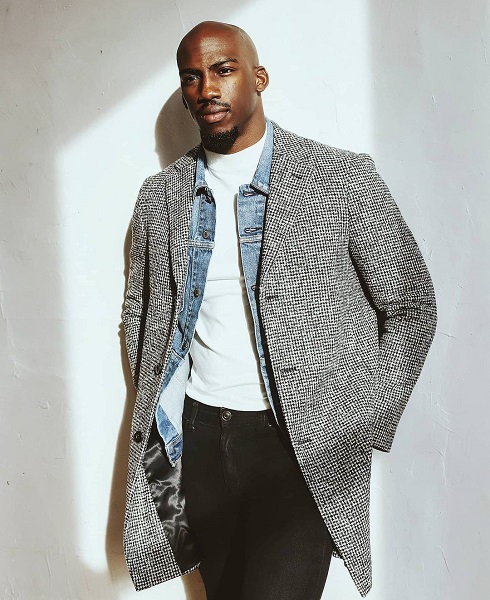 Xavier Prather at the age of 27 is among the 16 contestants of Big Brother 23. Get to know his Height and Job details.

Xavier is an attorney and a model. He is set to appear in the CBS Network’s Big Brother Season 23 as a cast.

Xavier Prather Age: How Old Is He?

Prather was born and raised in Kalamazoo, Michigan. Actually, he currently resides in Milwaukee, Wisconsin.

Not to mention, he has got the star sign of Taurus. However, the reality TV star has not mentioned his exact birth details yet. Thus, we have no clue when Xavier celebrates his birthday.

As a matter of fact, Xavier mentioned in his CBS Biography that he was born with a severe club foot. As a result, he learned to walk in a cast.

Besides, Prather attained BA in Criminal Justice and Pre-Law from Spring Arbor Univerity. Similarly, he earned a Doctor of Law degree from Marquette University Law School.

Xavier Height: How Tall Is He?

Xavier Prather has a height of 6 feet and 2 inches tall.

Prather is reportedly the most athletic contestant set to appear in Big Brother Season 23. He has got a muscular body with a 32-inch waist and brown eyes.

In addition, Xavier was an athlete during his college days. He played basketball. Similarly, he is fond of playing outdoor games, working out, hiking, and kayaking.

Xavier Prather has not mentioned his parents yet.

Prather says he loves spending time with his family. On the other hand, he revealed he has 10 siblings.

However, the attorney has not said anything about their profession and other details. Perhaps we will learn about his parents and family once we get through the show.

The confident and fun-loving guy will make his appearance on the CBS reality show from July 7.

Xavier has a job at Reinhart Boerner Van Deuren as an attorney. He had joined the firm as a law clerk in September 2019.