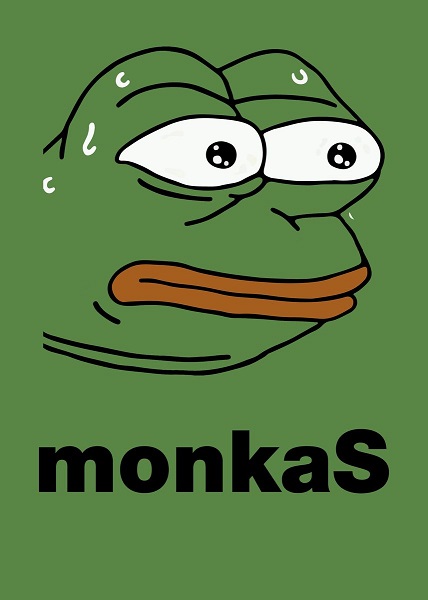 What does Monkas mean on Twitch? Twitch is a popular platform used mostly by gamers to stream their games and they use so many terms that really confuse the audience who watch their streams.

Basically, Monkas is such a term that is used by Twitch streamers but the meaning has been very confusing. Well, no worries! We are going to discuss everything about it right here.

What does Monkas mean on Twitch?

First of all, let’s know what Monkas means. According to reports claimed by various official sites, we can confirm that Monkas on Twitch is an expression of confusion or being scared.

Yes, it’s that simple. So, if anyone uses the term ‘Monkas’ when you are watching any streams, do remember that it simply means fear and confusion, often both together.

Since you have known the meaning of Monkas, now, let us move forward with its usage.

Here we will talk about who uses this phrase the most and when. It is popularly known as a BBTV twitch emote and had been first used by 4CHAN.

According to Internet Meme Fandom, this is a specific expression used by the internet frog Pepe. After first being used by 4CHAN nearly a decade ago, it has been one of the most popular terms used on Twitch in 2020.

You will be surprised to know that there are actually variations of Monkas.

The popular variations include MonkaGiga, MonkaThink, MonkaMega, and MonkaW. Well, each and every one of these is emotes used on Twitch and each of them has its own meaning.

MonkaGiga is used to express extreme tension and thus, Pepe (the frog) seemingly has big eyes in the emote.

Furthermore, MonkaThink means to express thinking when someone is confused.

Likewise, MonkaMega is a emote for expressing nervousness.

Finally, MonkaW is an emote that is used when a gamer is in tension and thus, the Pepe frog is seen with zoomed eyes.