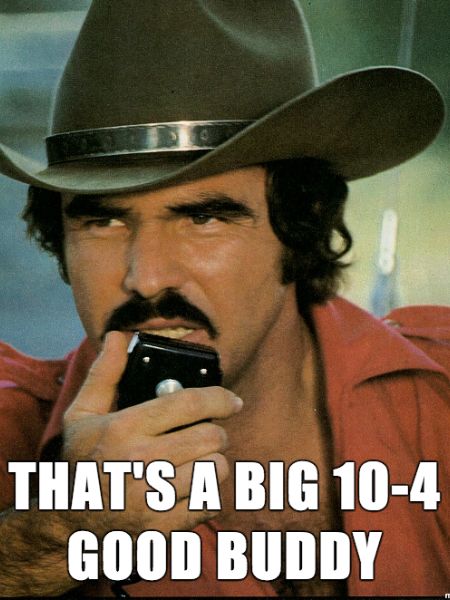 The 10-4 meme has become a worldwide phenomenon as memes like this tend to go viral. This meme also has layers to it as it can mean one of two things, some people call October the 4th as ’10-4′ but in the context of the meme, the phrase ’10-4′ means alright or understood.

This year, 2020, is a year in which nothing seems to be alright but the meme is based on the citizen’s band radio code that means affirmative, it is used mostly by truckers in the US routes who use the radio to communicate with their base and other truckers.

Taking the time and context of the meme into consideration, it has become a sarcastic outlook on events. The meme did not originate in 2020 but is one of the year’s most loved memes due to its context.

Usually, 10-4 is said by someone who receives information or orders via the radio, due to the disturbances and emergency situations, these codes are incredibly helpful as they are easier to understand.

As for the meme, the origin is also rooted in pop culture as the iconic actor, Burt Reynolds had a line in the film ‘Smokey and the Bandit‘, in which his friend asks him if he knew what day it was and Reynolds replies ‘that’s a 10-4, good buddy’, referring to October 4th and saying affirmative in the same phrase.

Other than this, the mee is mostly used sarcastically to show,  a situation that is clearly not alright. Memes tend to use this kind of humor and this meme is similar to the ‘crying cat thumbs up’ meme which has become a classic.

The meme is also one of those memes that are shared on a particular day. Like the Star Wars ‘May the 4th be with you’ meme, this 10-4 meme is an American meme resurfacing on October 4th based on the Burt Reynolds movie, the radio code, and the day.

More creative individuals have taken the meme to the next level and combined it with other such memes that have only increased the popularity of the meme. One such popular combination is the Woman Yelling at a Cat and the 10-4 meme in one.

The top definition of the ’10-4′ meme on Urban Dictionary defines it as the APCO 1-code used to say “affirmative” or “I understand”. Similarly, other definitions tell us that the code is used for convenience and ease of understanding as radio communication is a bit harder to use for longer durations. In addition to this, there are also situations where there is an emergency, and using these codes saves time.

Other than the civilians, the police also use this code to communicate mostly in high-speed chase situations, when a unit will inform other of the vehicle and the direction it is headed.

Talking about the meme’s date joke, it only works in the USA as they write their dates in that format whereas others use the day-month-year format, they month-day-year. While many people outside the USA might not understand the meme’s significance on the 4th of November.

There is also a growing number of people that are using it sarcastically, one of the best memes was “How’s 2020? 10-4  good buddy”, an obviously sarcastic comment on the condition of the year.