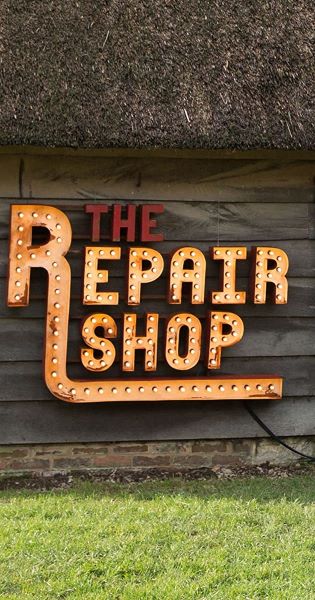 The Repair Shop is a popular British Reality TV show that is produced by the BBC. It is filmed deep in the countryside area of Britain and is a very beautifully shot and well-made show.

The Repair Shop reflects the British way of life. It shows a glimpse of life that we rarely see in popular culture when we think of Britain. The lushness of these countrysides, the people who are trying to craft something meaningful to them adds a certain poetic feeling to the show which I personally am a big fan of.

The show is filmed in The Weald and Downland Living Museum. I don’t want to share an invective about the city areas of Britain but this museum located in the countryside offers quite a pleasing setting for a show that features genuine people, their culture. and the very idea of “healing broken objects”.

Where Is The Repair Shop Filmed?

The Repair Shop is filmed in The Weald and Downland Living Museum. It’s a museum located at Singleton, West Sussex. The museum is not at a central bustling and busy streets of a big city.

Quite contrarily, the museum rests in a  natural landscape of Singleton and is a very quiet and meditative setting. It was established in 1970. The principal aim of building this museum was to raise awareness about vernacular architecture.

The Repair Shop is a show where expert craftsmen fix the broken objects that people from different walks of life request them for. These people have something that’s meaningful to them that’s broken and the experts repair it for them without money. They own the footage of the repair and make a show out of it.

Meet The Cast of “The Repair Shop”

There are few regular experts who repair things for people whereas there are lots of guest stars who appear for a very short period of time. These experts are extremely good at what they do. Their job requires dealing with broken stuff but understanding why people love their articles so much is the principle action they do.

There are general experts who are good at carpentry, good at metal works, ceramics conserver. Sometimes, you need a very specific niche based artists like a violin restorer or a typewriter restorer. In those cases, guest experts make their way to the show.

Dominic is a metalworker who is featured in lots of episodes of this show. He has 17 thousand followers on his Instagram account. Basically, he’s very good at what he does.

Will is an antique furniture restorer. Quite a lot of people have furniture objects in their house. Because of that reason, he has been in many episodes of the show.

So, these are the regular experts in the show. Tim Gunn, Sarah Hatton, Walid Saad, David Kennett are some of the guest experts who have been featured on the show.

This is Sonnaz Nooranvary- the lovely guest star of the show.

If you want to check the full list of experts, check out the Wikipedia of the Repair Shop.

Te stars of the show keep uploading selfies on Instagram and add captions such as “Family Photo”. So, it’s safe to say these experts are really close and love making this show together. The show is hosted by Bill Paterson currently. He replaced Robert Pugh who was the host of the program until Season 4.

When Was The Repair Shop Released?

The Repair Shop was released on 27 March 2017 for the first time and currently, it is still running. It’s the 6th season of the show and things have been going pretty good for the show