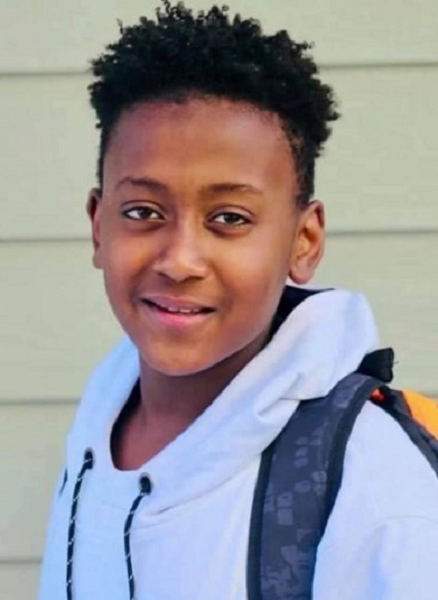 12-year-old Joshua Haileyesus had died while trying a TikTok challenge. The aggrieved family is now trying to raise awareness about the matter.

Joshua Haileyesus was a young boy from Aurora, Colorado, who died while trying a TikTok challenge. The “Blackout Challenge” is a challenge where one is supposed to choke themselves till they pass out.

Nowadays, people are doing whatever they can to gain internet fame, and TikTok is a go-to platform to do so. With new challenges and trends, many people have been going viral, and others wish to do the same.

The said boy was found by his twin brother, passed out on their bathroom floor. He had tried the famous “Blackout Challenge,” also known as “Passout Challenge,” by choking himself with a shoelace.

Joshua was rushed to the hospital on March 22 and was on life support for 19 days before he met his untimely demise.

Joshua Haileyesus was just 12 years of age at the time of his death.

The young boy had a family of six, including him. The name of his parents is Haileyesus Zeryihun and Fasika Aemro.

Likewise, he was also the eldest of the 4 children the couple had. The name of his twin brother is Caleb Haileyesus, and his other siblings are Abenezer and Nathan.

Prior to his trying out that challenge, the family revealed that Joshua had bragged to his younger brother that he could hold his breath for 1 minute.

Joshua Haileyesus Cause of death

Joshua Haileyesus suffered from suffocation and was reported to be brain dead when the hospital diagnosed him.

The family of Joshua Haileyesus believes the “Blackout Challenge” had caused his death.

Joshua Haileyesus, a 12-year-old Colorado boy hospitalized after participating in the viral “blackout challenge,” has died.https://t.co/aDuNooZJpM

A GoFundMe page was created for his treatment and has raised over $182k dollars; the amount will now be used for his funeral.