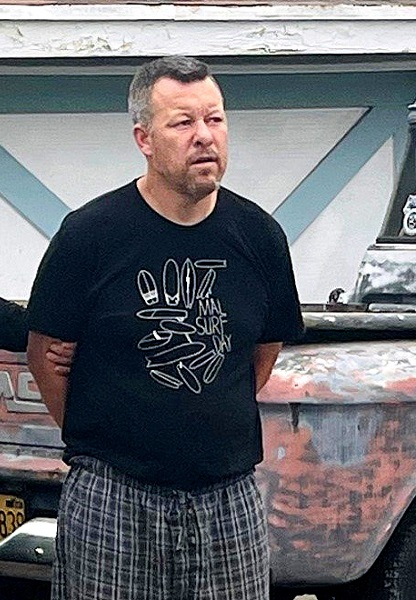 Ruben Flores is an 80-year-old man, famously known as the father of Paul Flore. Paul Flores is the prime suspect in Kristin Smart’s disappearance case.

The Arroyo Grande home of Ruben Flores was searched on March 15, 2021, for the remains of Kristin Smart.

The home was purchased by the Flores family in 1990. Ruben lived in this house with his wife, Susan, and their children, Ermelinda and Paul.

Paul Flores lived in Arroyo Grande home from 1992 to late 1996. He stayed there at the time of Kristin Smart’s disappearance.

Paul was the last person to be seen with Kristin before her disappearance from the California Polytech Campus.

A suspect has been arrested in the 25-year-old disappearance of a California college student. Authorities arrested Paul Flores, 44, who was the last person seen with Kristin Smart before she vanished in 1996. His father was arrested as an accessory. https://t.co/gaNVs9kSij

SLO Sheriff’s detectives discovered newspaper clippings about the disappearance of Kristin Smart, underneath Paul’s mattress and in Ruben’s bedroom dresser. In 1996, the dogs alerted for the scent of human decomposition in Paul’s dorm room.

Forensic teams were not appointed for further digging at that time.

Ruben and Susan have been living in separate homes for many years now.

On being asked about the event and the allegations on her son, Susan said that there were more than 60 people at the party, the night before Kristin went missing. She believes it was unfair to target only her son as a prime suspect.

She further added that her family has no responsibility for her disappearance of the young woman.

After 25 years of the Disappearance of Kristin Smart, the prime suspect of the case Paul Flores is finally arrested.

Paul is arrested on the charges of murder while his father, Ruben is arrested as an accessory on $25,000 bail.

Kristin Smart disappeared on May 25, 1996, at the age of 19. She passed out after attending a friend’s birthday party and 3 friends helped her walk back to her dorm.

Paul was the last person seen with her. On being investigated in 1996, Paul said he let her walk to her dorm by herself.

The case re-opened in 2016 after San Luis Obispo County Sheriff found a new lead in the case.