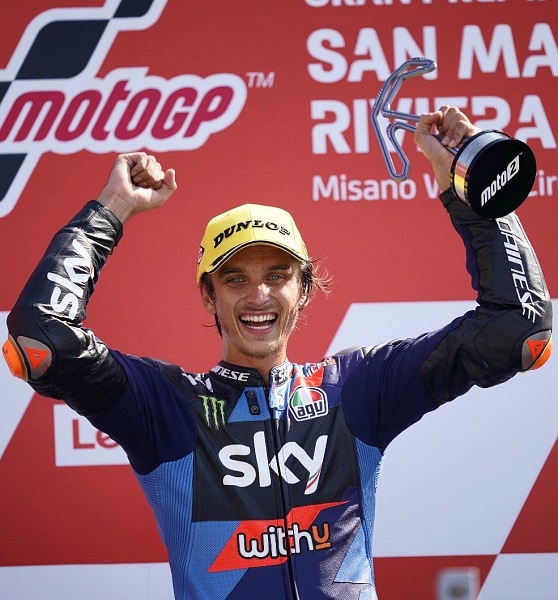 Luca Marini is an Italian Grand Prix Motorcycle racer. The racing gene runs throughout his family as he is the maternal half-brother of Valentino Rossi. Valentino has won 9 Grand Prix world championships already and is considered to be one of the best motorcycle racers of all time.

Nonetheless, Luca Marini is also one of the finest motorcycle racers. And the exciting journey for the young biker has just started. The big news is he will be competing in the MotoGP 2021 along with his own half-brother racing in the competition of course. It is quite a big competition for Marini and he has made a lot of fame after his performances for the two consecutive seasons where he finished 10th and 4th.

Here is everything you need to know about him and more.